The autumn that is waiting for us in Europe

A lot of hydroelectric energy production except in the south

AleaSoft, September 30, 2020. On October 1, the new hydrological year 2020‑2021 begins and the 2019‑2020 closes definitively, characterised by a recovery in hydroelectric energy production. This new cycle begins with a relatively optimistic autumn for most European electricity markets with the notable exception of the peninsulas in the south of the continent, where the autumn is expected to be especially dry.

The hydroelectric energy production in the hydrological year 2019‑2020

The hydrological year that is ending, which has elapsed from October 1, 2019 to September 30, 2020, has meant a recovery in hydroelectric energy production in the vast majority of the European electricity markets compared to the previous hydrological year, 2018‑2019. 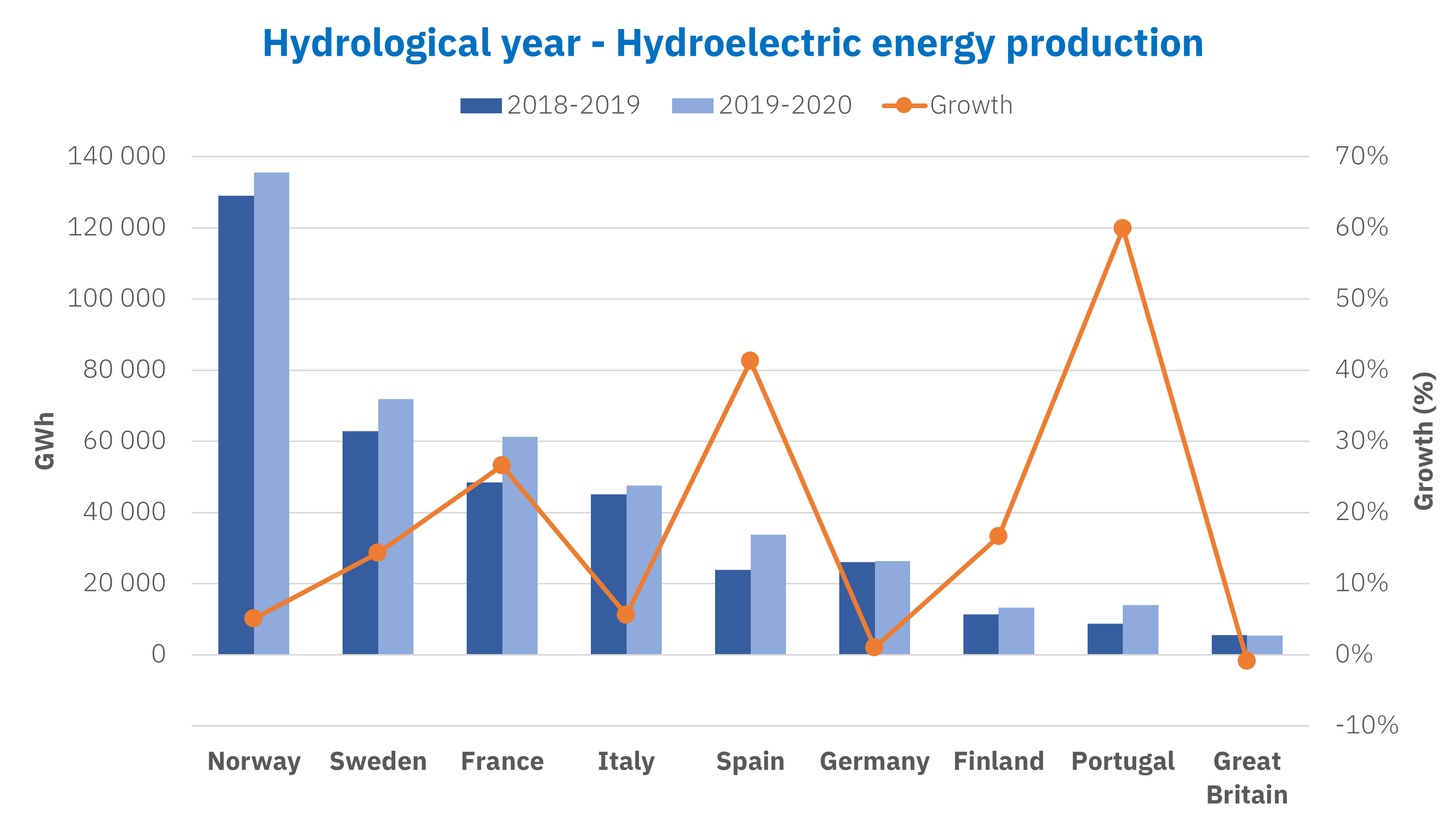 The impact on the electricity markets price

In many of the main European markets, the average price of this hydrological year was the lowest in the last “hydrological decade”, that is, in the last ten hydrological years. These markets include the Iberian MIBEL, the French and Belgian EPEX SPOT, the Italian IPEX, the British N2EX and the Nord Pool of the Nordic countries.

The autumn that awaits us

The seasonal forecasting indicates that, the hydrological year that begins, it will do so with a relatively rainy autumn in Europe. In the largest part of the centre and the north of the continent and of the British Isles, the rainfall is expected to be above the historical average for this time of year. The clear exceptions are the southernmost peninsulas of the continent: the Greek, the Italic and the Iberian. 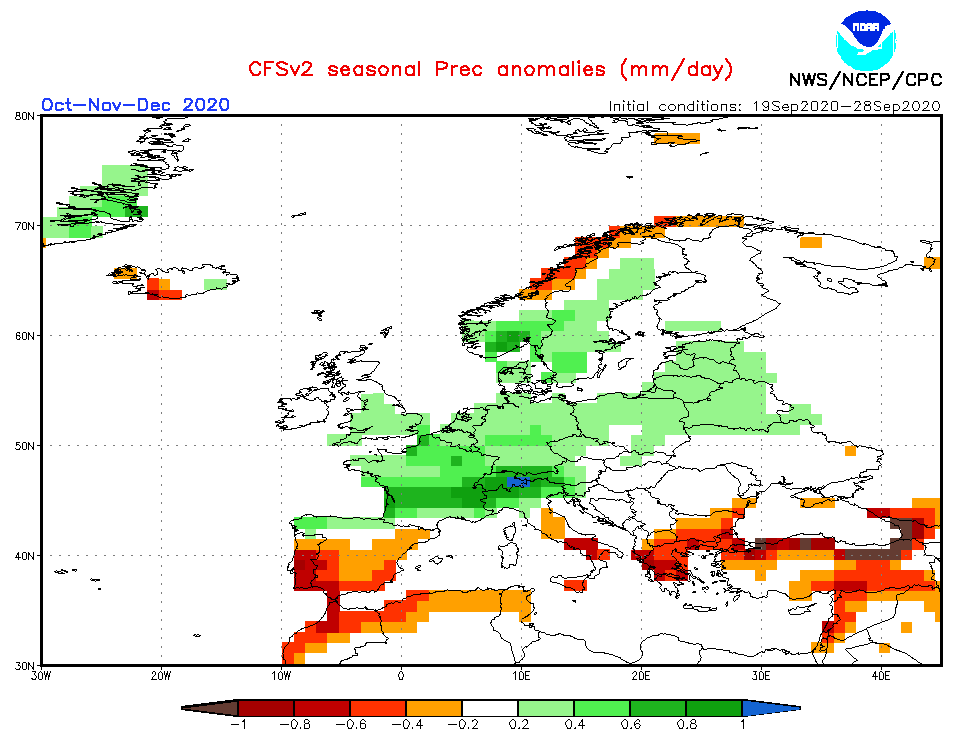 The State Meteorological Agency in Spain (AEMET) forecasts an autumn, from October to December, drier than usual with a probability of 50%, compared to probabilities of 30% and 20% that it will be normal or rainy, respectively. The exception would be the Mediterranean coast, where the probability of a dry autumn would be slightly lower, of 40% versus 35% and 25% for a normal or wet season, respectively. The temperature forecasting points to a little extreme autumn with values higher than the historical average for this season of the year.